James Cotton has been interred at the Texas State Cemetery.

This show will be included in the James Cotton Documentary and will feature some of the world’s best harmonica and guitar players along with some members of The James Cotton Blues Band. This is not a show to miss! 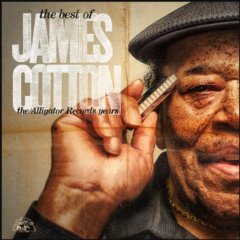 The absolute cream of James Cotton’s Alligator recordings. With his huge, blast-furnace sound, larger-than-life personality, and massive frame, Grammy Award-winning harmonica master James “Superharp” Cotton is a blues giant in every respect. Cotton has been performing professionally since the age of nine and learned directly from the masters – he toured in the bands of Sonny Boy Williamson, Howlin’ Wolf and Muddy Waters. He launched his solo career in the 1960s, releasing almost 30 albums and touring worldwide since then. This collection has over 75 minutes of music, and features studio and live solo material, plus songs from Harp Attack!, Cotton’s history-making collaboration with Junior Wells, Carey Bell and Billy Branch.